We provide news about Korean writers and works from all around the world.

Religious Transcendentalism: From Fate to Free Will, a Continuous Tension | LIST 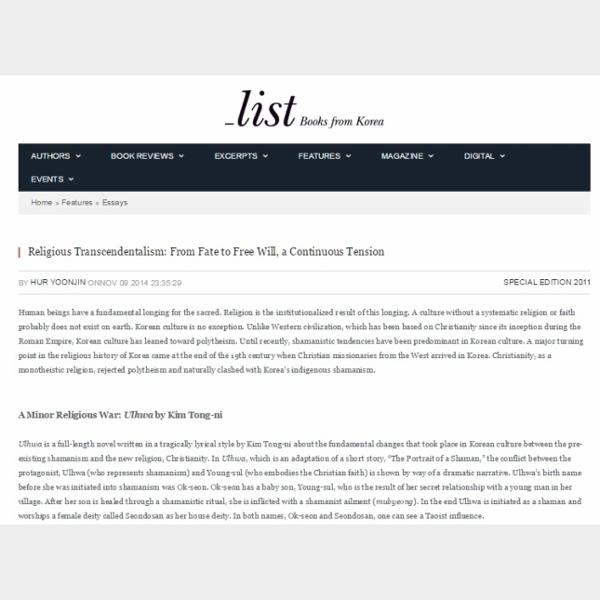 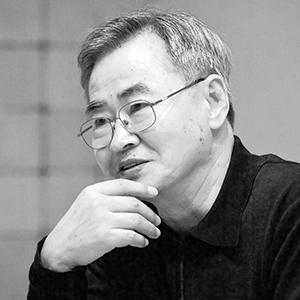 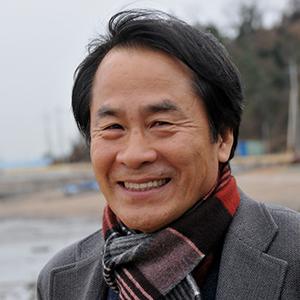 Religious Transcendentalism: From Fate to Free Will, a Continuous Tension   By Hur Yoonjin on Nov 09 2014 23:35:29 Special Edition 2011 Human beings have a fundamental longing for the sacred. Religion is the institutionalized result of this longing. A culture without a systematic religion or faith probably does not exist on earth. Korean culture is no exception. Unlike Western civilization, which has been based on Christianity since its inception during the Roman Empire, Korean culture has leaned toward polytheism. Until recently, shamanistic tendencies have been predominant in Korean culture. A major turning point in the religious history of Korea came at the end of the 19th century when Christian missionaries from the West arrived in Korea. Christianity, as a monotheistic religion, rejected polytheism and naturally clashed with Korea’s indigenous shamanism.   A Minor Religious War: Ulhwa by Kim Tong-ni Ulhwa is a full-length novel written in a tragically lyrical style by Kim Tong-ni about the fundamental changes that took place in Korean culture between the pre-existing shamanism and the new religion, Christianity. In Ulhwa, which is an adaptation of a short story, “The Portrait of a Shaman,” the conflict between the protagonist, Ulhwa (who represents shamanism) and Young-sul (who embodies the Christian faith) is shown by way of a dramatic narrative. Ulhwa’s birth name before she was initiated into shamanism was Ok-seon. Ok-seon has a baby son, Young-sul, who is the result of her secret relationship with a young man in her village. After her son is healed through a shamanistic ritual, she is inflicted with a shamanist ailment (mubyeong). In the end Ulhwa is initiated as a shaman and worships a female deity called Seondosan as her house deity. In both names, Ok-seon and Seondosan, one can see a Taoist influence.