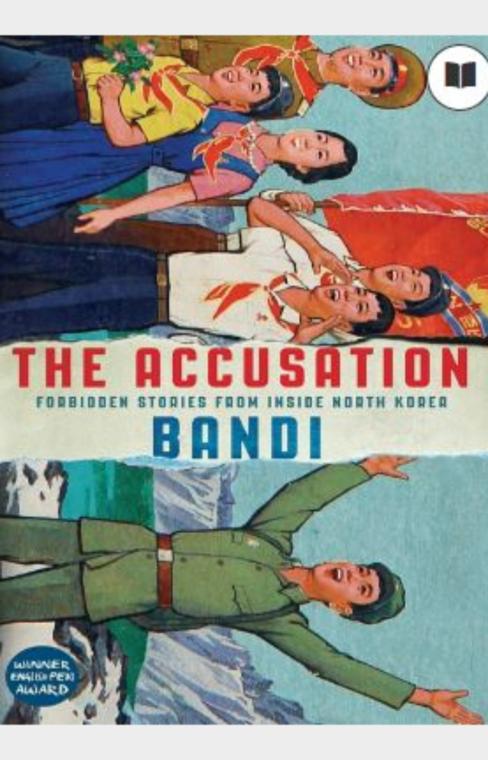 Smuggled out of North Korea and now an international sensation, The Accusation is the work of an anonymous dissident known to us only by the pseudonym 'Bandi'. Bandi's profound, vividly characterised stories tell of life under the totalitarian regimes of Kim Il-sung and Kim Jong-il.

The Accusation depicts ordinary men and women facing the horrors of life in a police state: a factory supervisor caught between loyalty to an old friend and loyalty to the regime; a woman struggling to feed her husband through the great famine; the staunch Party man whose actor son reveals to him the absurd theatre of their reality; a mother raising her child in a world where the all-pervasive propaganda is the stuff of nightmare.

The Accusation is a heartbreaking portrayal of everyday life in North Korea. It is also a reminder that humanity can sustain hope even in the most desperate of circumstances - and that the courage of free thought has a power far beyond those who seek to suppress it.

'A historical first, the only samizdat writing to have come out of North Korea. The Accusation succeeds in the rare feat of conveying something of what it feels like to be a citizen of the cruellest, most repressive country in the world' The Times