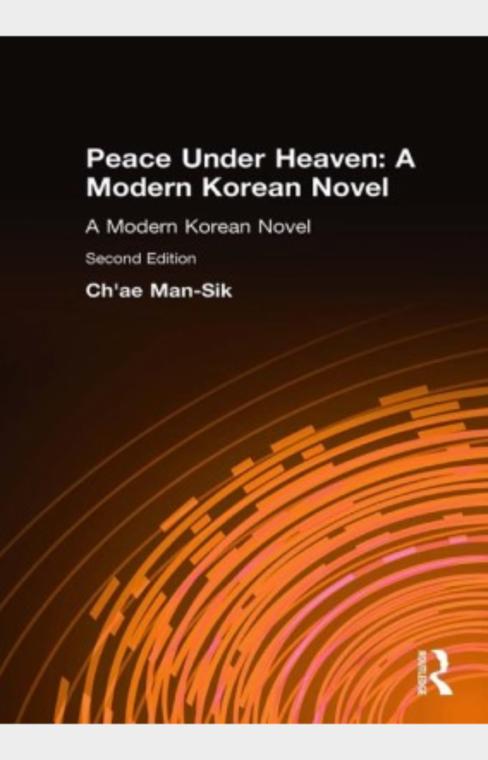 Originally published in Seoul in 1938, soon after the outbreak of the Pacific War, "Peace Under Heaven" is a satirical novel centering on the household of a Korean landlord during the Japanese colonial occupation. Master Yun, embodying the traditional ambitions of a standard Korean paterfamilias, by being projected fast forward into a modern urban environment, caricatures the increasing irrelevance of Confucian mores to 20th-century social reality. Depicting the anomic lives of the Yun household in colonial Seoul, Chase Man-Sik, one of modern Korea's best-known writers, uses black comedy to underscore the collapse of ritualistic traditional values in the face of capitalist modernisation. The decadence of the nouveau riche pseudo-aristocrat Master Yun is interwoven with insights into the customary bases of oppression of Korean women into the self-deceptions underlying collaboration by Koreans with the Japanese oppressor. The savage hilarity of Chae's style lends force and historical relevance to his insight into the attitudes of the milieu in which his narrative is set.