[Spanish] The Rules of the Game of Life: Mr. Monorail by Kim Jung Hyuk

Mr. Monorail is a novel about a game, and game playing in general, and aboutlife as a game, and how games can resemble life and vice versa.

A young man nicknamed Mono (because he can’thear in stereo, having lost his hearing on one side) invents a tabletop gamecalled Hello, Mr. Monorail that allows players tojourney across Europe without leaving home. Mono’s parents are obsessive aboutgame playing and compete against one another to resolve the most minordisagreements, spending hours battling head-to-head to determine who must do afive-minute chore like taking out the trash. They are also sticklers tofollowing the rules, which Mono always wants to rebel against. He is constantlygetting roped into playing with them for games that require more than twoplayers, and he always gets solidly and mercilessly trounced by hisprogenitors.

Therefore, when he invents his own game, one ofthe rules is that tricks and cheating are an integral part of the game. Monobrings in his slacker friend Woochang to test play the game and together theytweak the rules, fixing its flaws and otherwise pulling together the wholepackage on the fly, which they decide to release commercially. (Woochangsketches a conventional train to put on the cover despite the game’s namebecause he doesn’t know what a monorail looks like; their slapdash solution isto just erase one track.)

Hello, Mr. Monorail unexpectedly proves to be wildly popular, selling millions ofcopies in Korea in just a few months (as well as licenses abroad) and producingbucketloads of cash for its creators.

All of which is almost just a prologue to therest of the book.

For a novel ostensibly about a game thatrequires you to break the rules, the novelist likewise breaks a few of his ownin complicity with the reader. Or rather, what seems at first like one kind ofbook (Mono’s story or even the story of “Hello, Mr. Monorail”) turns out to beanother: something more philosophical, and less focused on the stories of theindividual characters (or do I mean players?) involved. Despite itsconsiderable length (over four hundred pages in the Spanish translation), it’san agile read, and whenever it seems like things might get bogged down, thereis a twist of fate or even perhaps of genre that raises the stakes of thisgrand caper and sends the story off in a new direction and keeps the readerturning the pages to find out how the author is going to pull this off.

The novel is Korean on the one hand, but theemphasis is on continental Europe, first within the game invented by Mono andWoochang (neither of whom at the time have been to Europe), and later as thevarious characters crisscross Europe in a convoluted international chase as ifthey were actually playing out a live round of Monorail.(Though published in Argentina, the Spanish translation reads like that ofEurope, where the action takes place; my one complaint might be that so much isleft untranslated in English, especially names, whereas many Korean foods orterms are localized.) Often things are defined by contrast, as when Mono’ssuitcase is stolen at the train station in Rome and he compares how onlookerswould have reacted back home in Korea versus what happens in Italy.

1. Read the instructions before beginning.

2.Fasten your seat belts, it’s going to be a bumpy ride.

Agatha Christie once said (and I’mparaphrasing) that humor is national whereas tragedy is universal. (Spelling isalso national as she would have written “humour.”)

While in general I think this to be true, Mr. Monorail is also a very funny book whose many differentkinds of humor resonate well with readers in translation. There is, on the onehand, a sort of slapstick humor, an almost visual humor that hearkens back tothe Keystone Kops or Buster Keaton, with plenty of missed connections, and anair of the caper to the escapades of the book. There is also a gentle satire offamily, game-playing, and even religion (sorry for the spoiler) although itsbite is almost always softened by more profound observations or lessons.

There are some puns, mostly Anglophone in theoriginal, which are hard to re-create in Spanish and which are left in Englishin the translation as well. This is perhaps the humor that works least well,especially for a monolingual Spanish reader.

But most of all, there is some very wittydialogue and banter between the characters and even by Mono by himself, whoimagines dialogues between players of his game or possible situations he mightget into (or out of).

As readers of Mr.Monorail, you can break any rule except that final one. 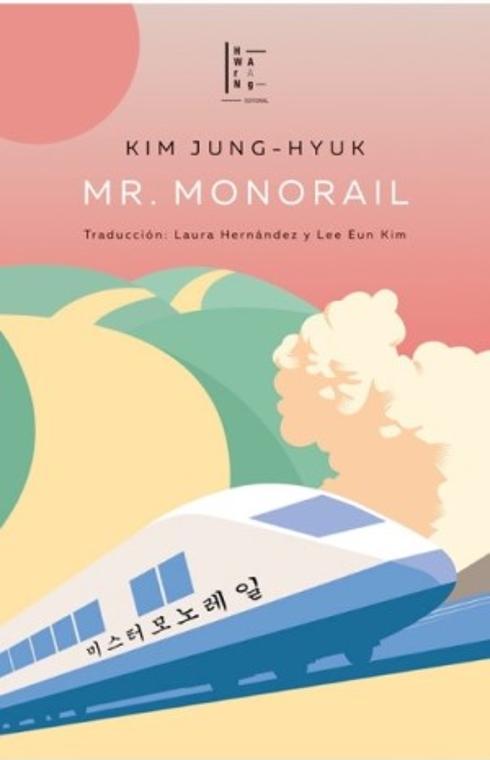 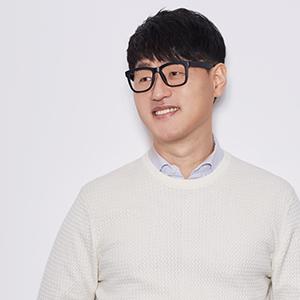 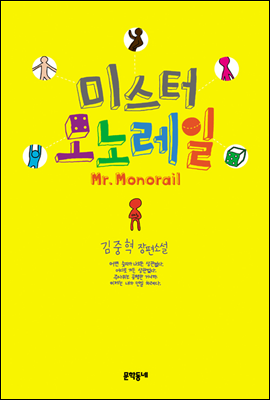