From the opening poem of Pillar of Books, Moon Bo Young shapes a new cosmologywhere God dons a down jacket stuffed with the “feathers” of human lives. ThatGod carelessly plucks out the feathers to send humans from one realm toanother, an afterlife in which the soul floats and drifts through the air, tosettle on some undefined ground in the great beyond. From this vast, airyopening, Moon’s collection stacks up a pillar of poems in diverse forms (freeverse, prose, lists, dialogues) and cycles through tropes of literarymeta-referentiality, anthropomorphic accessories and cosmic clothing, andOvidian animal-human metamorphoses.

The entire collection carries on that feeling,of moves as powerful as death blows, accomplished in such graceful motions thateven revelations of biblical import come floating down like feathers.Similarly, as the transmutation of the human being to the afterlife of the soulis grounded in the physical metaphor of the feather moving from jacket to openair, sentences become knots, twisting like insects, and Moon’s effortlesstransformation of people, animals, objects, and words imbue the totality ofexistence with a comforting continuity. That may be why she can pull off avolume with perhaps a dozen poems mentioning death that still feels like a walkin the park.

In a move that seems to blend Jorge LuisBorges’s “The Library of Babel” with Julio Cortázar’s “The Continuity ofParks,” the library’s architecture is both a database of linked first chaptersand a basement where the chain can be hidden. The trope of the library is alsocentral in the eponymous poem, a place where books are stacked up in pillars inwhich the book on bottom—always the one we want to read!—“sums up all the booksabove it.” The weight of literary history bears down, and reading becomes adefiance of physics like the game Jenga; when thereader slips a book out to read it, there is always the risk that the towerwill come crashing down.

From the title, Pillarof Books, it will come as no surprise that the volume breathes with asense of homage to literature and its paper manifestations. The recurringfigures who are given only the first names of Antoine, Strains, and Gemelle,roam an intellectual, literary scene of unspecified geography, attending poetrylectures, chatting and joking about their writing techniques (“You have abrainstorming book? How cheesy!”), and pushing the boundaries of creativity andinterpersonal relationships. This collection hums along in meta mode from thevery cover, itself a gorgeous concrete poem instantiating the pillar. By thesecond poem, we are engaging with Kafka, both his novels and with supposedlybiographical details of his childhood. Kafka serves as a bridge to the theme ofnovels and storytelling, and within the poems we find speculation aboutnarrative craft, the depiction of characters and how to portray their deaths.

The casual traversing of boundaries (betweenliving beings, between fiction and reality, between discreet books) is alsomost suggestive when its cosmological musings take on a scientific note,dropping facts—“Even in heaven 44.5 C is fatal for wasps”—that instills in usthe urgent sense that we would do well to study up on this volume before we dieand must make use of its contents like a rational person’s handbook for theafterlife. Moon’s gnostic God recalls that of César Vallejo (“On the day I wasborn / God was sick”), and commits a single sin while bustling about doinglaundry. A husband sits at the table, chucking a spoon in exasperation, callingGod a quack. Angels too “sometimes have to fill in for the devil,” and even ongood days, their work involves rolling the hearts of the dead into gray blobslike eraser dust.

The translations are absolutely butter-smooth,with a great mix of the slang-infused colloquial (a baby’s head is described as“stupid big”) and elegiac eloquence. Hedgie Choi is clearly committed to thecraft of translation, and anyone interested in diving into the lavish decisionsand strenuous labor (“you take a comma out, you put a comma back in”) in moredetail may do so through Kyle Williams’s interview with Choi (Full Stop, May 12, 2021).

The Korean poetry world has long been a placeof some of the most interesting, compelling, practiced voices, and Moon’svolume in its masterful translation by Choi is a stand-out even in greatcompany. I would highly recommend this thrilling, absorbing collection, bothfor hardcore poetry lovers and for fiction-centric book clubs. They will likelyfind that its mix of prose storytelling and highly suggestive poetic languageprovides ample room for discussion with abundant footholds for those new toclimbing to heaven to gain new perspectives on the cosmos and on our dailylives below it and in it. 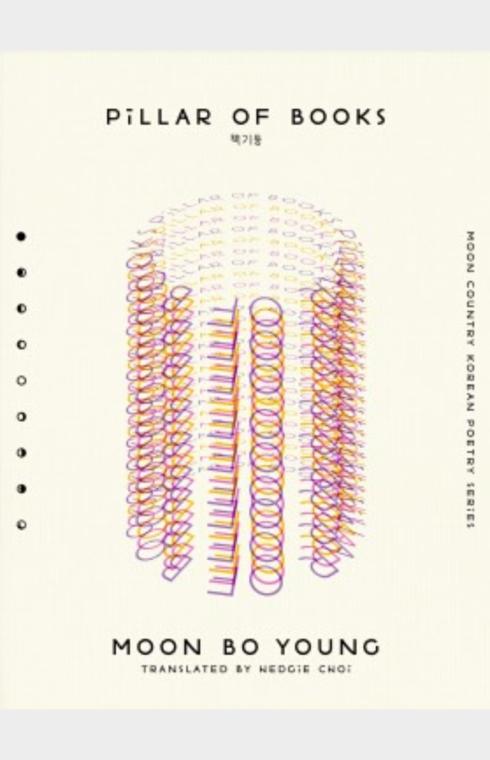