We provide news about Korean writers and works from all around the world. 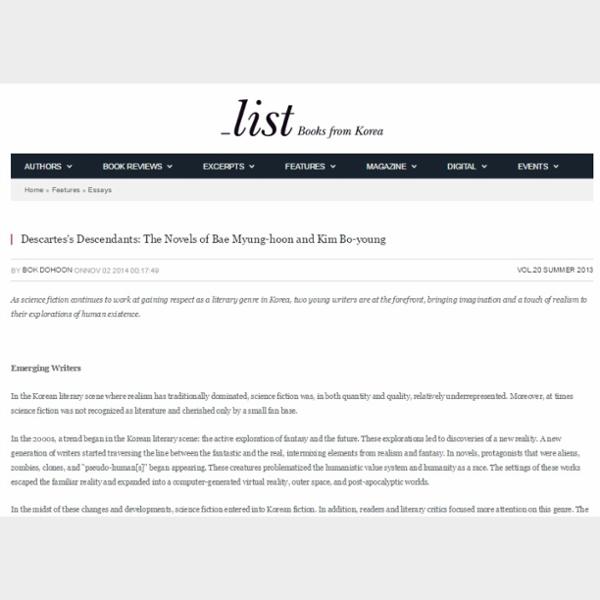 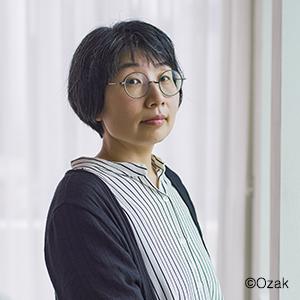 Descartes's Descendants: The Novels of Bae Myung-hoon and Kim Bo-young   By Bok Dohoon on Nov 02 2014 00:17:49 Vol.20 Summer 2013 As science fiction continues to work at gaining respect as a literary genre in Korea, two young writers are at the forefront, bringing imagination and a touch of realism to their explorations of human existence.   Emerging Writers In the Korean literary scene where realism has traditionally dominated, science fiction was, in both quantity and quality, relatively underrepresented. Moreover, at times science fiction was not recognized as literature and cherished only by a small fan base. In the 2000s, a trend began in the Korean literary scene: the active exploration of fantasy and the future. These explorations led to discoveries of a new reality. A new generation of writers started traversing the line between the fantastic and the real, intermixing elements from realism and fantasy. In novels, protagonists that were aliens, zombies, clones, and "pseudo-human[s]" began appearing. These creatures problematized the humanistic value system and humanity as a race. The settings of these works escaped the familiar reality and expanded into a computer-generated virtual reality, outer space, and post-apocalyptic worlds. In the midst of these changes and developments, science fiction entered into Korean fiction. In addition, readers and literary critics focused more attention on this genre. The young writers who have received the most attention are undoubtedly Bae Myung-hoon and Kim Bo-young. These two authors write science fiction, but their works also span broadly over the genres of fantasy, children's literature, and detective novels. Nonetheless, the majority of their works, and the ones that received the most attention, are science fiction.