W.G. Sebald, the legendary novelist whoseworks mostly center on memory, contemplated that, “Memories lie slumberingwithin us for months and years, quietly proliferating, until they are woken bysome trifle.” In the same reflective vein on the importance of reminiscence,Song Sokze, a gifted and celebrated Korean writer, touches on the suddenemergence of seemingly buried memories in his portrayal of trivialities in Con người hỡi ôi.

Comprised of eight short stories mostly aboutcontemporary Koreans (except for one that is a historical tale set in theJoseon period), the collection swarms with mundane characters whose travails aswell as comforts are placed at a focal point. Modern life is realisticallylimned in a series of absurd and comical situations that present people intheir unpolished states: a car accident between a short-tempered middle-agedman and a senior wearing a hearing aid that leads to a quarrel about indemnity;a blind date that leaves one cold because of an unsolicited ecological lecture;a self-taught cultural tour guide who shamelessly upgrades himself to an expertin history. Song’s protagonists make no endeavors to camouflage themselves, butare rather being their truest selves: imperfect, whimsical, and disillusioned.Their characteristics strongly resonate with the author’s dreary vision of theworld as a place full of chaos in a time of climate change and globalization.

Song skillfully employs memory as a recurrentdevice to blur the line between past and present, transforming apparentlymediocre stories into fascinating ones. As Song himself remarks in the author’snote, we can create the future by preserving the present, because “todayoriginates from the memories of yesterday.” The depiction of the characters’quotidian activities is thus colored by the act of recalling: a protagonist’srumination on his encounter with a lonesome wanderer who escaped from Korea totristes-tropiques Laos in order to avoid leading a pointless existence in “Phương nam” (“The South”); an unexpected mobile messageproducing an uncontrollable gush of sweet memories of first love in “Tuyệt mỹ” (“A Eulogy”); a tale about a childhood friendadroit at mixing fact with fiction to construct countless personas for himselfin “Linh hồn mê muội” (“The Possessed Soul”); orthe immortalization of a departed father thanks to an overcoat that the soninherits from him in “Chiếc áo khoác” (“TheOvercoat”); or the unjust death of an upright man who lapsed into oblivion in“Yu Hee” (“Yu Hee”), to name a few. Memory is not merely a tool to make peoplenostalgic, but a means to transport deeply contemplative messages on how modernlife renders us lonely and isolated. It is also used to help us keep balanceand to seek a haven in the mind.

Not every story, however, is equally enjoyableand well written, and several parts are lengthy and tedious. Perhaps, the mostoutstanding work is “Luân khúc” (“Rondo”) whichdemonstrates Song’s artistry at its peak. The reader knows he is in the handsof a master storyteller when every single reading expectation is challenged andultimately rejected. “Luân khúc” consists ofthree parts in which the reader is lured into the narrative’s trap as he or shetries to make a connection between them, only to be greatly disoriented at theend because of their irrelevance.

Song’s brilliant gift for storytelling alsolies in his ability to create witty stories written in deadpan prose. In thetitular story, a guy spews out endless words to his date, ranging from shrimpand chicken farming, to GMOs, to the pathogen E.coli O-157, to the revenge ofthe animals on meat-loving humans. A story within a story, or rather severalenvironmental documentaries within a story, nonchalantly recounted by the maleprotagonist, makes the story farcical and toxically grave all at once.

Deftly capturing various aspects of our complexand multifaceted world, Song shows us how remembrance is a way to preserve thehistory of mundane things and people. His writing transcends them intosomething spectacular. Con người hỡi ôi is asmall gem in a market that is saturated with more familiar names from Koreasuch as Han Kang, Kim Young-ha, and Kyung-sook Shin. 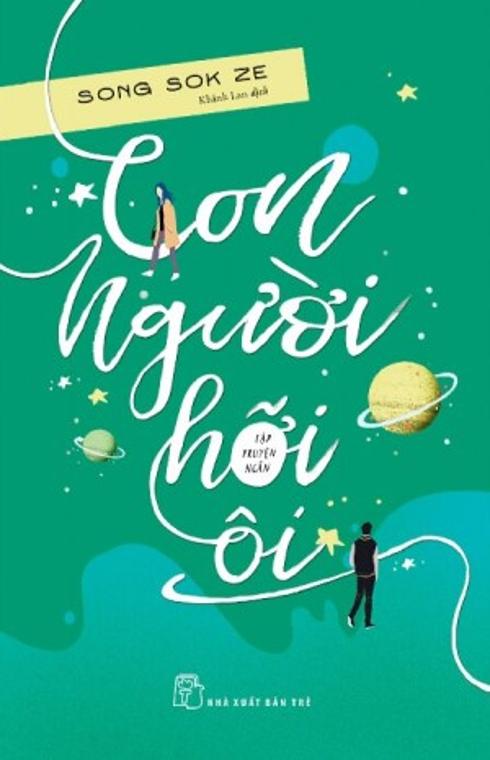 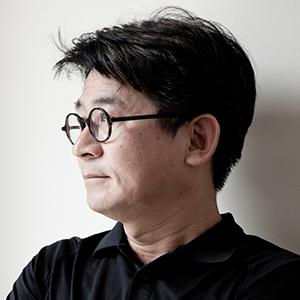 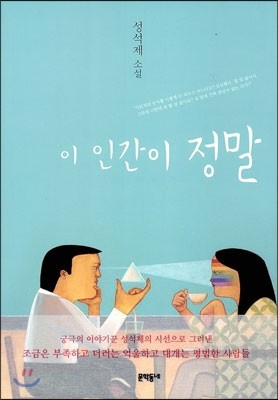